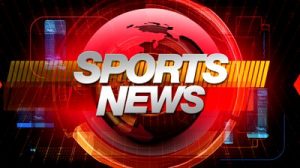 Today News Paper
UW-Green Bay professors lecture on the word feminism
Students and staff of men and women alike, filtered into the Christie Theatre April 28 for the F-word discussion – a panel discussion where students and staff could get together to talk about the feminist stigmas and stereotypes. Full story
Lombardi

A home-cooked meal draws students to the Mauthe Center for Eat Well: Dinner with a Cause. Full story

Volleyball has high hopes for season

The Green Bay Phoenix volleyball team believes it has an edge this season over other teams in the Horizon League that could take it all the way to the NCAA. Full story

Students have been encountering problems with the new campus wireless internet. Full story

The Popularity of Live Dealer Holdem in Gambling Online These Days

What are Pot Odds in Poker Online and Why Those are Important?